A Review of Sorts of Person/a 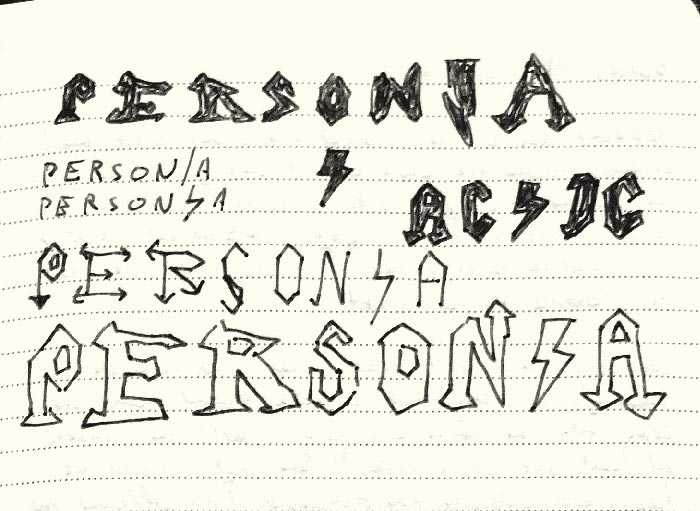 I did not intend to write about Person/a. Like The Sarah Book, I would not recommend Person/a to someone unless they indicated they liked some similar book first. Even then, I’d make an attempt to distance myself from being perceived as “a fan,” partly because I’m not sure to what extent I even enjoyed the book, and partly because I don’t want people to suspect me of being specifically/overly/suspiciously intrigued by certain elements of the plot. But it’s been a month or so since I finished the book and it still comes to mind occasionally, accompanied by vague feelings of admiration and puzzlement.

The novel reads as an autobiography that’s thinly veiled as fiction, and could be considered autofiction. The concept of this genre — autofiction — is itself a theme of the book. The narrator of Person/a is a writer named Elizabeth Ellen, which is the same name as the author of Person/a (Elizabeth Ellen), and is in the process of writing a novel which you as the reader will quickly presume to be the exact novel you’re reading. You as the reader know that the musician is actually a writer that requested the narrator change his career when he discovered the existence of a draft of the novel (or, I/you assume that the musician/writer is a real person). Similarly, you know that the narrator’s son is the author’s daughter. But sometimes the musician is still a writer, and sometimes the son is still a daughter.

There are even enough clues as to who the musician/writer was modeled after that, if you were/are a fan of “alt-lit,” you could likely find the YouTube video referenced throughout the book on the actual YouTube website. Elizabeth Ellen also seems to mock the writing style of the musician/writer featured in the YouTube video (and has his own novel of a similar title), further persuading me the videos are the same and strengthening the feeling that the entire book is real.

But Person/a is still fiction, and we as readers will never actually know how much of the novel is “true.” Throughout the book, the author goads the reader to judge her based on the behavior of the narrator, or the narrator goads the reader to judge the author based on the narrator’s behavior, or something. While reading Person/a, I remember feeling like the author belabored the point that we the reader will never quite know what’s real. At times this felt interesting, but at times I wished she would just quit repeating it. In retrospect, maybe she needed to repeat this point as many times and as blatantly as she did so that readers like me would actually remember it.

Throughout the book, the main character takes actions that I would label with some adjective that is worse than “bad.” Historically (or throughout the history of my life) this combination of genre and theme has been my favorite of all the genre and theme combinations — I enjoy autofiction or highly autobiographical fiction where the main character grapples with the fact that he or she is probably a bad person, or at least deeply flawed in a manner that he or she has responsibility for (as opposed to being thought of as a pure victim). But I found myself frustrated by the lack of heroes in this novel, which in and of itself surprised me (that I wanted something of a hero).

Attempting to summarize the plot of Person/a seems like it could easily be misleading and difficult. Instead, I’ll summarize the relationship of the main adult characters (which also seems misleading and difficult, but necessary for this blog post): the narrator/author physical cheats on “the man she’s living with” with the musician/writer once, and then obsesses over the musician/writer while in varying stages of commitment and living arrangements with the other man. This obsession, as the narrator/author is aware, hurts the other man.

I would have liked more details of the actions and words of the significant other and the musician/writer. I wanted to know more of what the musician/writer said that may have encouraged the narrator’s obsession. I wanted to know more about the relationship between the narrator and her significant other. I felt frustrated over my awareness that I didn’t know enough of what really happened (in real life or in the novel) to appropriately distribute my condemnation between the three.

To me, overall, the novel felt more like an exploration of “what is art” than of marriage or infidelity or sexuality. While the lack of information about the relationships felt hauntingly unsatisfying, I can’t think of any book, television show, or movie that I’ve read/watched that broaches the subject of “what is art” in a more interesting or powerful way. The novel focuses on the compulsion of the narrator to publish a novel about her affair, despite knowing that it will hurt those she cares about and likely bring judgement from hoards of unknown people (the readers). The agony of her experience is what keeps bringing it to my mind, and the question of whether Person/a should be considered an act of bravery or petty narcissism.

I didn’t necessarily enjoy the process of reading Person/a, but I’m glad I read it. I would recommend that anyone who has an interest in autobiographical fiction read Person/a, if only because it feels like a completely unique and innovative work (in that space or otherwise, but specifically in that space).